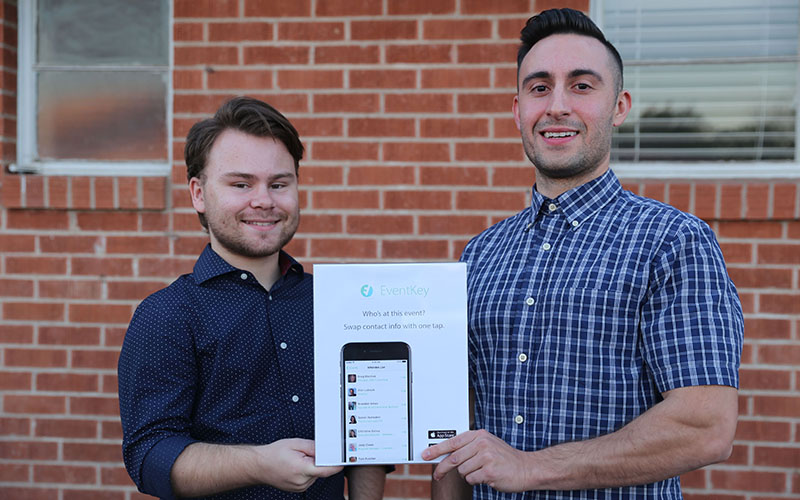 PHOENIX – Under yellow tea lights in the backyard of a house-turned-office space in north Phoenix, Latino startup owners discussed a major parallel between being an immigrant and an entrepreneur: taking a risk for a better future.

“It almost brings me to tears I’m so glad to be an American, it’s a blessing,” said Rafael Testai, CEO and co-founder of EventKey, an app he created to help entrepreneurs better network at professional events by displaying attendees’ background and contact information. “My inspiration is that I’m not going to waste a chance that was given to me to be an American citizen.”

When he was 13, Testai’s family emigrated from Buenos Aires, where he said they could not make a living even on his mother’s doctor salary. He launched EventKey five and a half months ago and said so far it’s been well-received by many Latino professionals.

“It’s kind of like it’s one of us trying to make it, and who doesn’t want to support somebody that’s from your family basically?” he said. “It’s that whole family mentality that Hispanics have. We want to watch each other succeed and we want to push each other forward.”

According to a study by the Ewig Marion Kauffman Foundation, immigrants are almost twice as likely to start a business in the U.S. compared to native-born citizens. Hispanics own more than 123,000 businesses in Arizona, according to the September 2016 “Datos” report from the Arizona Hispanic Chamber of Commerce.

The Wednesday event featured a panel of three Latino startup owners and attracted about 50 attendees. It was organized by Collectivo, a Hispanic networking group for Latino marketing and communications professionals.

Along with Testai, the other two speakers also launched their businesses a few months ago. Vanessa Nielsen created a subscription-based service called Sol Book Box that delivers Spanish-language children’s books monthly to families wishing to teach their children Spanish. 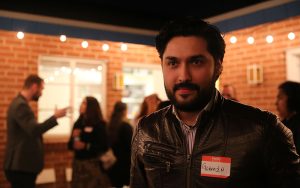 German Urrego founded DialDoc, a Skype-like service that aims to inexpensively connect doctors to patients seeking medical advice, even if they don’t have insurance.

Urrego, an immigrant from Colombia, said the idea was born out of seeing many of his friends go without care when they were sick because they were undocumented immigrants.

“That’s what really resonated with me throughout my experience in the United States so I said, ‘One day that’s what I want to focus everything that I do,’” he said. “When I got done doing this I immediately called my buddies and I said, ‘Dude, your mom can now finally see a doctor!’”

He originally started his business in Columbus, Ohio, but decided to expand to Phoenix five years ago. Diaz said he’s noticed many Latino business owners moving to the area.

“It’s a lot cheaper to start your business. It’s a lot cheaper cost of living and you have a lot of talented folks that come from the Arizona State (University) system so that’s a big reason why my company is here,” he said. “Phoenix is 40 percent Hispanic so it really gives us a lot more street credibility than a market at only 4 percent like Ohio. So it made sense even though Ohio has a lot of really great companies, Arizona has also some good momentum.” 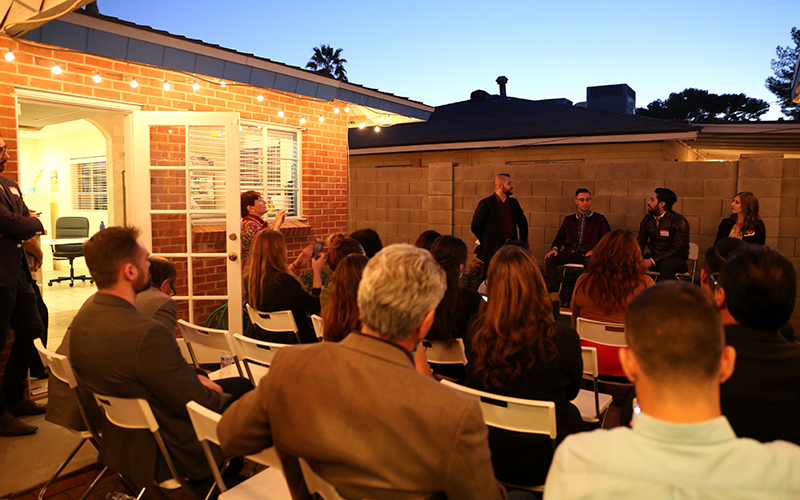 Cesar Cordova, a supervisor at Arizona Public Service utilities company who was in the audience, said before he started at APS he owned his own “food business” to earn money for graduate school.

“At some point, even though I work for a company I would like to have enough expertise to set up my own consulting business,” he said. “For me it’s always the perspective of anyone who’s speaking up there because they’re dealing with whatever the issue might be, with what they’re facing at the time.”

The event’s topic shifted toward political leadership when Noah Dyer, a Democrat running for governor in 2018, told the group in Spanish he wants to be an inclusive governor for Arizona’s diverse population.

“I think politically a lot of Hispanics feel disenfranchised, and it’s obviously a community that’s very important to me,” he said. “Growing up one of the reasons I wanted to learn Spanish was because all my friends spoke Spanish.”

The three entrepreneurs on the panel said they anticipate the future to be wrought with challenges and steep learning curves.

But Urrego, of DialDoc, said his community keeps him motivated.

“There is nothing stronger than the heart of an immigrant,” he said. “… Everyone out there that goes out and grinds and tries to make something, they never give up. It’s inspiring.”