The Rise of latino food culture in the U.S. 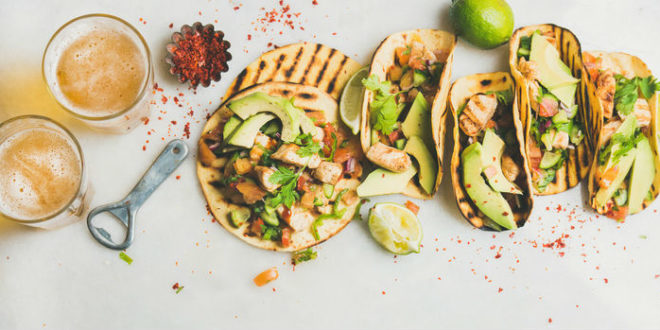 Last week was National Taco Day and the Internet went crazy with expressing their love for tacos. Restaurants, fast-food chains, and shops jumped on taco deals, including non-exclusively Latino restaurants such as Red Robin, which created a new burger-taco mashup. There was a rise on social media of people posting photos and comments about tacos. What does this say about America? It shows how much not only Hispanics, but Anglo’s, also appreciate and enjoy Latino food.

The popularity of Latino food has expanded beyond simply tacos, but to pupusas, empanadas, chimichurris and other Latino favorites. This includes not only Mexican food, but Central and South America and the Caribbean. Latino food has become a demand from not only Hispanic customers, but Anglo’s as well.

The millennial generation is very accepting and comfortable with different cultures. According to Nielsen, Multicultural Millennials’ buying habits are inspiring successful, popular cultural trends, and they’re having a profound impact on the group’s peers, parents and children.

For National Hispanic Heritage month, people of all ethnicities and ages joined the various festivities held around America in September in celebration of the Latino culture. With popular holidays, such as Cinco de Mayo, which is celebrated by both Hispanic and non-Hispanics alike in the U.S., it’s no surprise that the purchasing of Hispanic products is everywhere.

For example, beverage-maker Califia Farms has a line of Aguas Frescas that are Watermelon Ginger Lime, Strawberry Basil and Kiwi Cactus Lemonade flavored. The packaging graphics are inspired by Mexican mural art and Día de los Muertos designs, showing a Hispanic product that is not only targeting Hispanics, but pushing Latin flavors to all consumers.

LATINO FOOD IS CONSIDERED THE THIRD MOST POPULAR IN THE U.S.

Latino food is now considered the third most popular food in the U.S. after American and Italian, with 15% of main meal items featured on menus being Mexican-inspired. CHD Expert, the Chicago-based foodservice database and analytics firm, reported on the Mexican Restaurant Industry Landscape that Mexican food is heavily consumed by Americans and is among the top three menu items in the USA.

In an article in Specialty Food Magazine, Mynetta Cockerell of Marty’s Fine Food & Wine, Inc., said that Hispanics in Dallas-Fort Worth are “no longer in the minority,” with their tastes and cooking styles influencing many Texans.

According to the Census Bureau’s latest estimates, the Hispanic population reached a record of 58.6 million in 2017. As the second-largest racial or ethnic group in the U.S., Hispanics play a significant role in the nation and therefore in the nation’s popular trends, as National Taco Day and Cinco de Mayo have shown. With so much Latin American influence and culture, it’s hard not to see how eating habits have impacted the U.S.

Bilingual Social Media Coordinator of Abasto Magazine. She is a recent graduate with a Bachelors of Science in Journalism, as well as a freelance writer and photographer.
Source: https://abasto.com/en/news/rise-latino-food-culture-us/